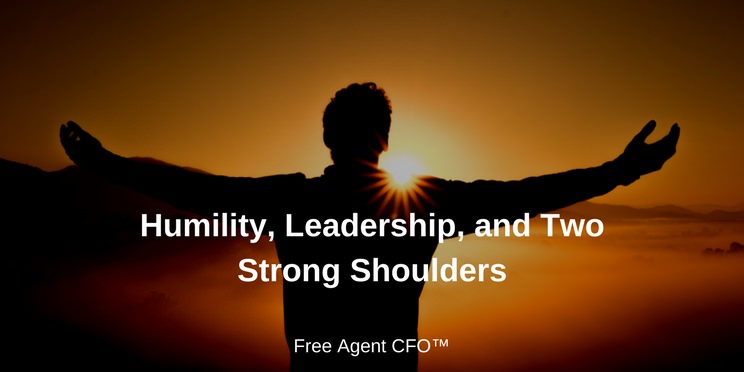 Who doesn’t love a great story? I like the kind where I identify with one of the central characters–one where we share similar points of view.

As a consultant, there’s a story I tell over and over again to my favorite clients. I share it for multiple reasons. First it’s a great story. It’s a story that every CEO can both relate to and learn from. For me, this particular story defines who I am–it just took me some 30 years to figure it out.

A Story from Ancient Hebrew History

Many years ago, a young nation was being led by a reluctant leader to a new land based on a vision, a mission, and a promise.

Similar to a great movie plot where the protagonist is going against a foe where the probability of success is slim to none, this story at first lacks a serious conflict where unsurmountable odds exist–that is until the leader’s arms become tired and weary.

Let me paraphrase this crazy-like story. I’m not even sure Shakespeare could have made this up.

Let’s just say the bad guys were blocking the way of the good guys. The good guys were being led by a really cool guy named Joshua. If you are not familiar with the story, think of a clean-mouthed John McClane or even a Han Solo. Joshua was confident and feared no one.

Joshua was not alone. He had faithful soldiers fulfilling their roles without complaint. Joshua led with bravery and his soldiers followed with humility and courage.

The Chairman of the Board Gets Involved

The story gets really interesting when Moses enters the picture; you know, Charlton Heston.

As the story goes, when Moses is holding a rod above his head, the good guys are winning. When fatigue sets in, he lowers his arms. Not good. The bad guys start winning. So the cycle repeats.

Here’s my favorite part of the story. A pair of perceptive eyes see what’s going on with Moses. They promptly pull up a Herman Miller ergonomic chair and have him sit in it. One person holds up the right arm of Moses and a second holds up his left arm (Copyeditor’s Note: There were no Herman Miller chairs around 1400 BC, just big rocks).

When I tell this story to CEOs, some know the name of the guy holding up the right arm of Moses–Aaron. In the 10-plus years I’ve been sharing this story, no one has ever named the guy on the left. His name was Hur.

The reason I love this story is because the person I identify the most with is not Joshua, not his soldiers, and certainly not Moses. I’ll never have his wisdom and humility. I’m not even Aaron. The guy I relate to the most is Hur. And that’s who I want to be.

As a consultant who wants to bridge the gap between a CEO’s dream and reality, I’m the guy holding up the left arm of my client. That’s my job. I’m fine with no one knowing my name and remaining behind the scenes. If you ever call me Hur, you’ll be paying me the greatest compliment, an undeserved one.

The story of my favorite ancient Hebrew character includes some other gems worth discussing:

Should I call you Joshua? One of the soldiers? Or are you Moses?

Or should I call you Aaron or Hur?

I’m embarrassed it took me far too many years to figure this out. Early in my career, I thought I was the hero with all the answers through my skills in financial analysis. As I look back, I just shake my head–what an immature, pompous @$#%$!.

And then I started growing up. I still am.

For now, call me Hur. I’ll never have your back, but I promise I’ll always have your left arm. Always.

Crystal (Dietiker) Goldkamp, I’ll always have the left arms of you, Bill, and your children. Keep inspiring others with your art.